The Magic of Reading Learning how to write persuasively 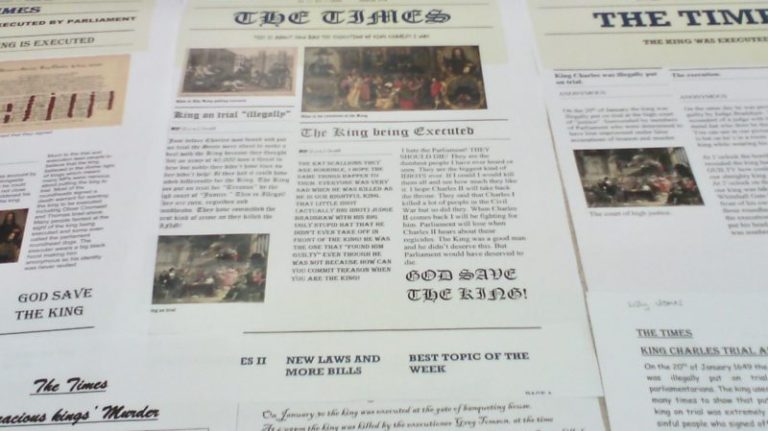 As the crowds surrounding the king’s scaffold at Whitehall disperse in anger and bewilderment, our year 8 students put quill and ink to paper and write in the king’s defence! The year is 1649 and the month January. King Charles I has been illegally condemned to death and his execution, the first and only one of a British reigning monarch, has just occurred. The king is dead, long live the king!

Year 8 having examined at some length the causes, course, and consequences of the English Civil War, have turned their attention to the Illegal trial and execution of King Charles I on 30th January 1649. Indulging in a fit of empathy and of literary creativity, year 8 have begun work on an imaginary account of these events and eulogy of King Charles, with a distinctly Royalist stance! It is not often that students are allowed to indulge in strong language, but it’s fine when it is 17th century language!

As year 8 students put quill and ink to paper, those regicides don’t get much sympathy in our accounts and so it’s a pox on those Roundhead curs! Those dogs and traitors! Speculation surrounds the whereabouts of his son and heir Charles II and the writers of these scurrilous anti-parliamentarian pamphlets!