Trying their hand at golf A Masterclass by our Rotary Writers 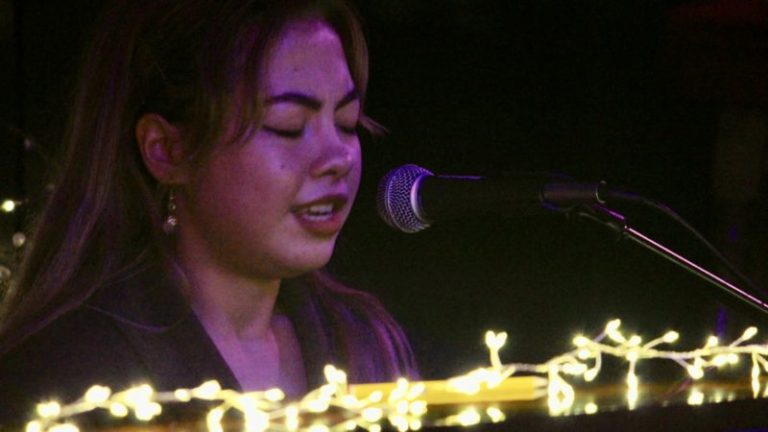 After weeks of preparation, our Year 11 and Year 13 musicians really did perform amazingly at the RockSchool concert events. Both events went smoothly (bar some technical drum issues!) and the audience expressed their love for the performers.

Some particularly great highlights of the nights were the beautiful harp piece from our only school harp player – Maya – who played an emotional classical piece called ‘Nataliana’. The other great performance which got everyone dancing in their seats was the year 11 band piece ‘Johnny B Goode’ which included some skilled guitar riffs from one of the students.

From the year 13 performance, Steph, a year 13 played a heartfelt Chinese solo on piano. Her singing was amazing and full of emotion. All of the students looked amazing and the band song in the middle – ‘Whole Lotta Love’ – was groovy and sounded amazing. After the performance, some of the audience even told us afterwards that this had inspired their year 7 girls to take up guitar lessons!

The performances themselves evoked so much emotion as to cause a few tears to be shed from some of the audience members. In between songs, whilst setting up, the performers cracked a few jokes and had laughs with the audience as well. The whole atmosphere was super chilled with no pressure – it wasn’t uptight with no personality – they were both great nights. (although it may not have felt like that for the performers!)

Most importantly I think everyone had fun with the performances and gave it their best which is all we can really ask for!