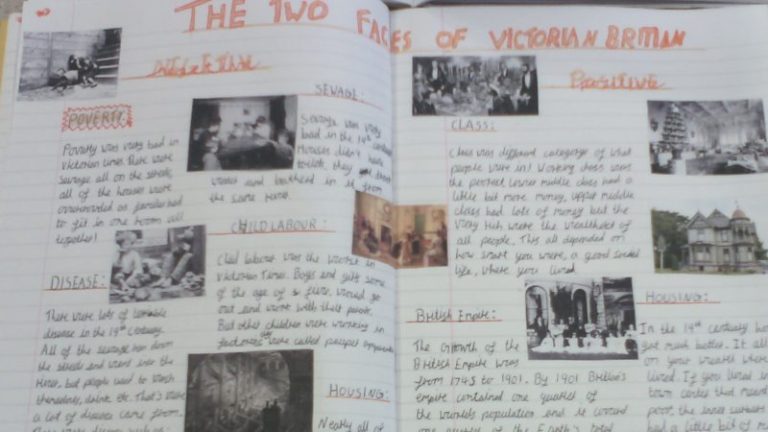 Year 9 are undertaking their own independent assignments to describe and explain the “Two faces of Victorian Britain”. This follows their in depth look at the very considerable political social cultural and economy changes that characterised the 18th century and the Georgian era/period, both at the end of year 8 and in the earlier part of this year. Drawing on their now considerable knowledge of Victorian and 19th century Britain, acquired over the last term and a half, students have endeavoured to explain how the changes technological industrial social and political, both positive and negative have contributed to the development of the modern world as we know it today.

It was the Georgian era that saw the invention of railways, and even Victoria herself was a Hanoverian by birth and upbringing. But it was during her reign that Britain became a world power, the first industrial nation, with a huge overseas empire that encompassed one fifth of the world’s population. However, Victorian Britain was a very strictly class-conscious society and the tremendous wealth that Britain enjoyed was not shared by all. Hence Victorian Britain was a nation of two faces!