This year’s Rotary Club ‘Speak Out’ competition Our annual House Run is back! 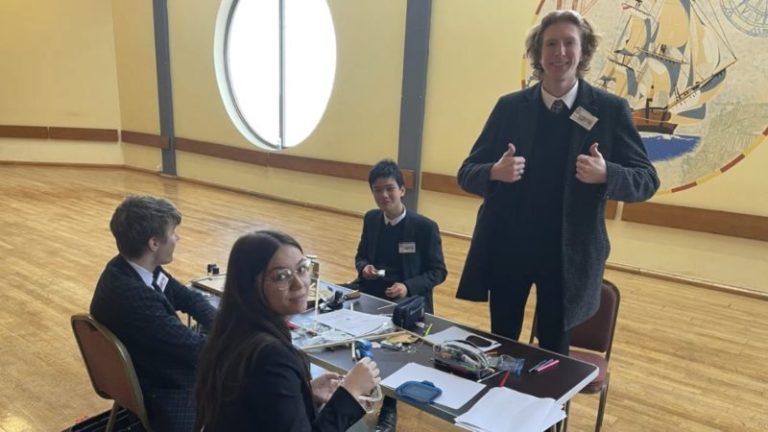 After a two year hiatus the much loved Technology Tournament, organised by Rotary, is back.

A team from Fyling Hall has won every year since the tournament began fourteen years ago. The secret to our success? Read on…

On the 17th March we sent six teams to take part, two in each category (that doubles our chances). It was a tough job to pick the teams. I chose those that attend my Technology Society on Wednesday nights first of course. Then it was down to who has the right skills to make up the rest. This is what’s needed:

These are skills many of our students have in abundance (it’s been commented on before at the tournament on how we stand out). So in the end we did names in a hat for the final selection.

The task was to build a vehicle from bits of wood that would move on its own up a ramp. There were no motors involved. The idea was to use a 2kg mass to fall from a pulley which would spin the wheels. All our teams figured that out and various prototypes made it to the judging area. Sadly, let down by weak glue and other sticky problems, some did not get as far up the ramp as envisaged. However, our Key Stage 3 team’s machine reached the highest point of any machine on the day but lost the top spot on. A technicality with their portfolio. However, our unbroken chain of wins was retained by one of our A Level groups who came first in their category.

I love seeing our students tackle longer projects like this. Having to squeeze things into an hour lesson isn’t always the best format. That’s why we have our programme of clubs and societies, to explore longer term, bigger ideas as well as our enrichment projects such as our Skills events at the end of the summer term. There’s one such project we’re working on now for the whole school to take part in the first week after Easter… stay tuned.

In the meantime, have a look at our machines, the good and the bad, in this video compilation: