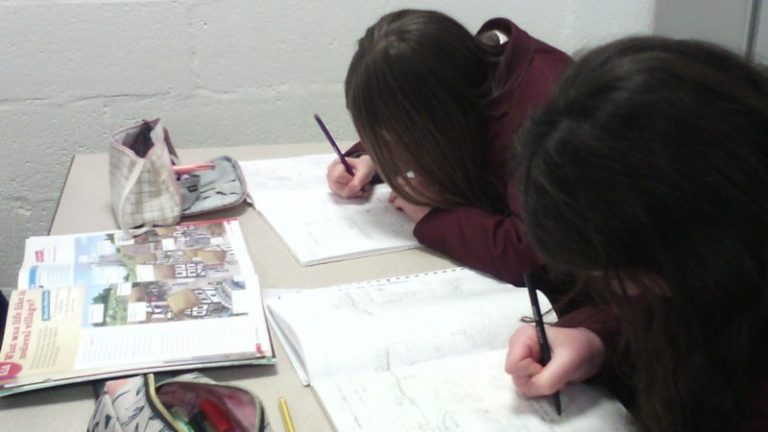 Let’s be honest, some of the most interesting parts of history are those that we can most relate to: What did people eat? What did they wear? What sort of houses did they live in? What kinds of jobs did they do?

Year 7 have investigated what life was like for medieval people living in the countryside and next term they will look at Medieval life in the towns. How and why did towns grow? Why were the guilds important? What trades were followed in the towns and was life better on a rural manor or in a town? Most importantly, pupils have asked the question “how do we know?”

While we know much about the lives of the lords and ladies, knights and burgesses, the lives of ordinary men and women are more of a mystery. They left few possessions or tangible clues, and many were illiterate, so that there are few written sources. What sources of evidence can we discover that might give us an insight into their daily life? Illustrations in Medieval psalters, land surveys and human and animal remains often provide the few sources of evidence available to us.

Students have compared the lives of medieval peasants with their own lives today, asking themselves such questions as “how would I have coped without my mobile phone and the latest computer games? Or “Could I have survived on a diet of brown bread, vegetable stew, ale and cheese? The most interesting parts of history indeed!