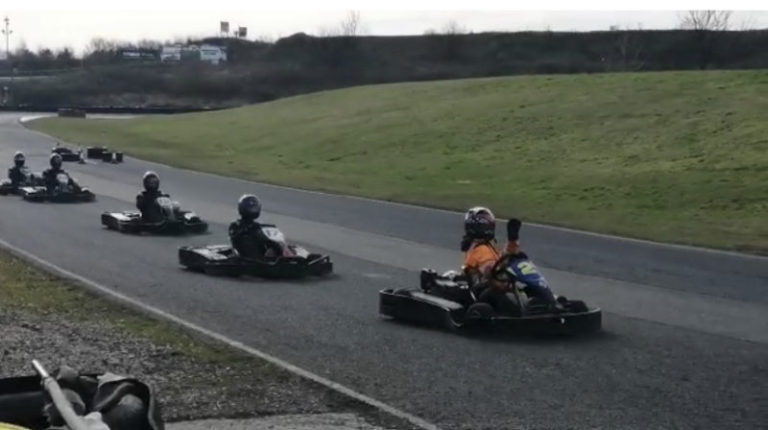 A cold, blustery day in February saw another group of pupils taking on the karting challenge! Twelve boarders were ready to race each other around the track, all hoping to be victorious. The first groups consisted of Richard, Ryan, Ethan, Marcus and Alexandre. From the outset, the going looked dangerous, with several of them spinning out of control at tricky bends where the cornering was more difficult. However, all returned safely to the pit. Marcus and Richard looked like they had been in separate races because Marcus was covered, head-to-toe in mud spatter whereas Richard’s protective suit was pristine.

The second group (Keith, Katie, Leo, Alec, Ibrahim, Joshua and Mathis) then took to the track and seemed to have a little more command over it. They all looked fairly comfortable and very few of them spun out. They had been here before and treated the track with some respect, aware that it could trip them up at any moment. There was quite a lot of overtaking, safely of course, and I’m not sure if there was an overall winner but they all seemed to have a good time and ultimately that was the goal. Well done all for taking on the karting challenge!