Centenary Celebrations The Start of Christmas 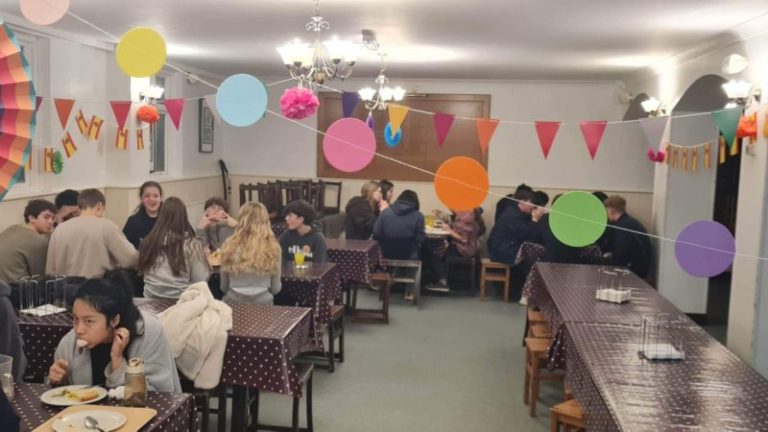 A few days ago, we celebrated a Spanish Day in the school, and I can proudly say that the members of staff and students did a great job.

We got up at 7:30am as always, and we went to breakfast as usual, but when we arrived at the dining hall they surprised us with Spanish decoration throughout the dining hall.

The members of staff had already asked about some Spanish food that we would like to eat, we weren’t sure what to expect, but the Frittata and Churros, were very tasty!

And the day only got better, because we got to put on a Spanish film, which took us more than 1 week to choose, but the film was worth it. We watched ‘Toc Toc’. It’s about a group of patients with OCD are force to endure each other’s oddball quirks as they wait for their flight delayed doctor to arrive for their appointments.

We think that it was a good success, and it was very thoughtful of the school to make the foreign students feel a bit more at home.