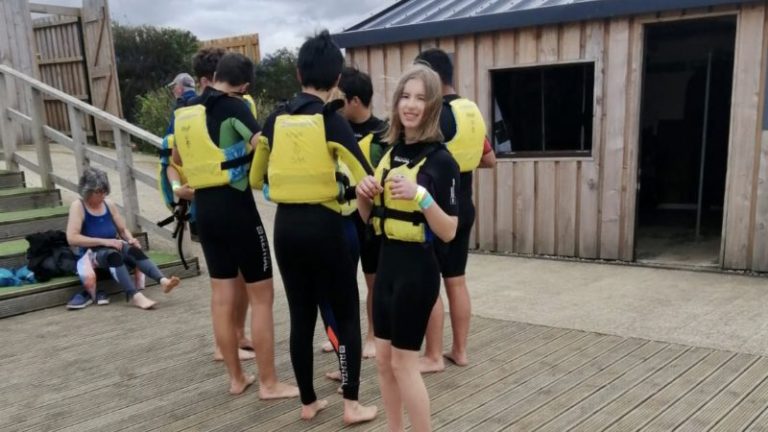 On their most recent weekend adventure some of our pupils, boarders and dailies, went to Wykeham Lakes for some fun on the water. Well, that was the plan although Keith and Ibrahim seemed to spend more time in the water than on it. In fact whilst paddle boarding the girls, Diana and Anya were the only two not to fall in, showing the boys how it should be done.

Next was the assault course, inflatable station. They all had to jump in to start off and swim to the first inflatable. From there it was on to wherever they could climb, jump or run to! Leo seemed to make the most noise, both when jumping off the little pier and when coming down the slide. Josh and Lino completed the lineup. All certainly had some fun on the water and a great time, although most seemed a little cold after being in the water for two hours.

Feeling a little adventurous? Then why not see what other exciting trips are planned for the rest of term and come and join in the fun.