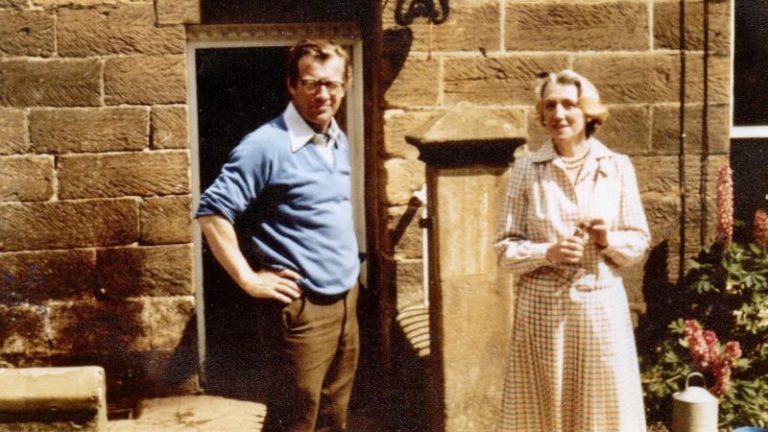 We are saddened by the news of the passing of John Woolley – Pupil, Teacher and Headmaster at Fyling Hall School. Mr Woolley was an integral member of our Fyling Hall community, and we will fondly remember him. We all extend our deepest sympathies to his family and thank Mr Jeakins for this lovely tribute.

He first arrived at Fyling Hall (along with his brother, Andrew) in January 1946 as a day boy. He spent nearly five years at Fyling Hall which he always said were the happiest of his school days. In September 1947 he became a boarder as his father was in the colonial service as a Senior District Commissioner in the Gold Coast of West Africa.

After Fyling Hall he went on to Denstone College and on leaving school he did his National Service in the Royal Artillery where he was always proud to have reached the rank of Acting Captain.

He then went on to Cambridge and an English degree. By the time he had left he had met Sylvie whom he married shortly after. They settled in France for the next three years with John ultimately becoming a Lecteur en Anglais at the University of Clermont Ferand and a rapidly expanding family.

In 1962 he received an invitation from Austen Davies, who had taken over the Headship of Fyling Hall after the sudden death of Mab Bradley. Would John join the staff? He did so and became an enthusiastic and appreciated teacher for the next ten years and then became Head between 1972 until he retirement in 1992. He was a hugely significant figure in the school’s life. Many pupils have very fond memories of him.

Everyone at Fyling Hall was very saddened to hear of the passing of John or Mr Woolley as he is known to most people. He dedicated 30 years of his working life to Fyling Hall, and this is something we will always be grateful for. He is remembered very fondly by both pupils and staff and is always one of the people visitors ask about and have a story to share. John was one of the first people to contact me after my appointment as Headteacher and I will always be grateful for the advice and support he offered me. Everyone at Fyling Hall extends our deepest sympathies to his family at this difficult time.