Our first ever Bake Off competition! Boarders enjoyed the lovely city of York 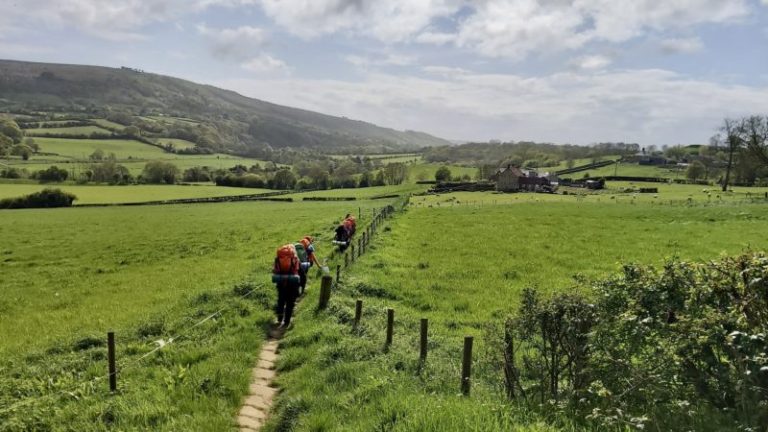 This last weekend saw our first Duke of Edinburgh expedition of the year.

On Saturday morning, seven young people set off on the minibus to explore the Esk Valley on their Bronze practice expedition.

Blessed as we are with our surroundings, we didn’t have to go far. After a 15 minutes’ drive it was time to get the rucksacks on and the adventure began.

Everyone was in good spirits, still strong after a good night’s sleep and a hearty breakfast. The designated map readers knew their job, so you would think that we just flew along the first miles. However, the first major obstacle came after only a few hundred metres: the dreaded Rope Swing of Maybeck! It took some physical negotiation to get past it, but eventually we made it. Only to get waylaid by its brother, at Falling Foss. But again, our valiant seven could, after some more wrestling, get back on their way.

By that, even the sun came out, and was there to stay, which made the walk very pleasant, although we got a bit warm on the many uphill tracks. Why do they always go uphill?!

They journey went on, without major interruptions, through the villages of Littlebeck and Sleights, and we had lunch in a lovely field, some might even have had a little snooze in the sun.

As the day went on, the miles and particularly the heavy rucksacks were starting to take their toll: shoulders, feet and particularly hips started hurting; donkeys along the way – and another ropeswing in Grosmont! – offered some distraction, but the campsite became a more and more desirable place to be. Eventually, after a long day, the seven made it: The campsite in the little village of Esk Valley.

Tents were quickly pitched, and various meals cooked on the Trangia cookers.

After a rather cool but quiet night, tents were unzipped to find frost on the grass in the morning . . . Brrr! A warm breakfast of porridge and hot chocolate helped, and packing up camp also aided against the cold.

Mr Walsh took over the group on the second day, so I cannot give a first hand account of this part of the journey, but it is said that, despite continually hurting shoulders, feet and hips, all seven made it safely to their destination, the Stepping Stones of Lealholm. Well done to our first Duke of Edinburgh expedition of the year!