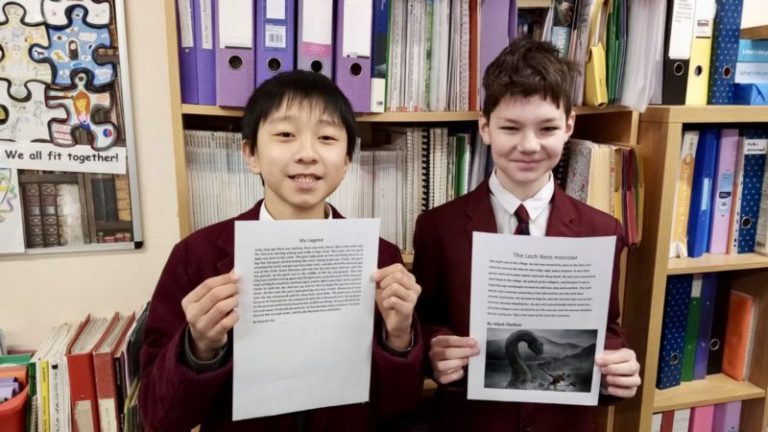 Y6 students have been reading myths and legends from different cultures. As part of their studying myths and legends in English, Y6 thought about the differences and similarities between the two genres, and retold the Ancient Greek myth of Daedalus and Icarus. The children then planned and wrote their own myths. Borrowing characters, monsters and even gods from existing myths was most definitely allowed, as were invented characters.

The resulting myths were all very different, and ranged from stories about a builder god named Jonah and a war between Athens and Sparta, to the tale of Princess Athena and her handsome prince, Egon (sporting fabulous wavy dark brown hair with lightning blonde streaks in it). All of the stories created by the children were engaging and entertaining.

We hope you enjoy reading the children’s own versions of myths and legends from different cultures.