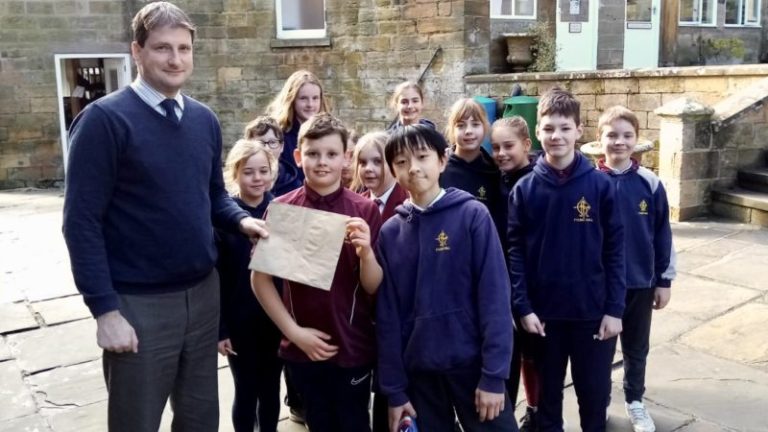 This term in English Year 6 have been learning how to write persuasively, and some of the children put their newfound skills to good use by writing letters to Mr Allen in the hope of persuading him to let them wear their own clothes to school and introduce a ‘Bring your pet to school day’ every week. They have now handed their letters in and are eagerly awaiting Mr Allen’s response.

Pupils in Year 5 and Year 6 have also been preparing persuasive arguments for ‘Speak Out’, as you can read in their blog below.

We have been getting ready for Speak Out as well as the Eskdale Festival this half term. Speak Out is a public speaking competition run by the Rotary Club. There are two teams of three representing Fyling Hall Junior School and members of both teams are busy learning their speeches ready for the big event. One of the teams is called ‘The Royals’ and is made up of Isabelle, Edward and Matilda. The other team is called ‘The Fearless Flowers’, and is made up of Megan, Isabel and Belle.

There was a list of topics which we could choose from. ‘The Royals’ chose to argue that ‘Britain gains much from its Royal Family’, and the Fearless Flowers will argue that ‘We waste too many of the Earth’s Resources’. We have really enjoyed researching our topics and have found lots of interesting facts to put into our speeches. ‘Speak Out’ is just around the corner, and we are really looking forward to it. Please wish us good luck and look out for an update on how we got on in the next couple of weeks!

The Speak Out teams