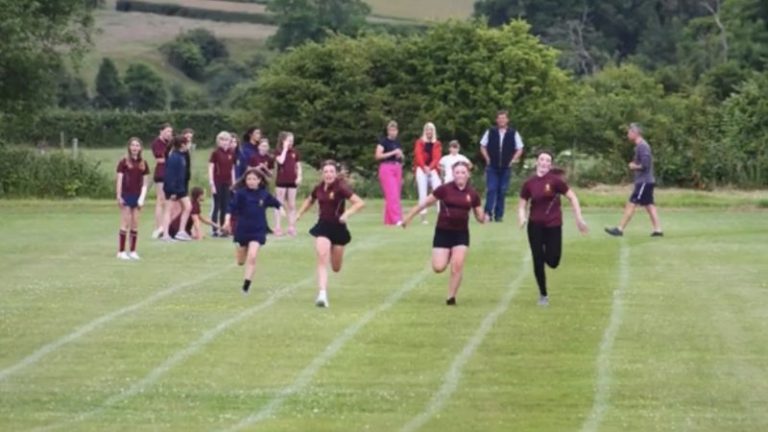 Throughout the year it has been great to see sport being played once again and many pupils have thoroughly enjoyed the competitive element that fixtures bring. Through Covid lockdowns it was often very difficult for children to understand what they were missing out on when they have never experienced it. The pre-match nerves, getting on a bus and travelling to another school, being part of team, all aspects which many of us can take for granted because we had the opportunity to experience it. There have been many highlights throughout the year.

The year 7 girls in particular look a year group for the future, they have performed consistently well in all sports tournaments which they have entered. Throughout the year they will have gained some valuable experience which I am sure will see them come good in the future. At the senior end the girls’ hockey team had a successful season. One striking note is the high level of representation throughout the seniors. For small numbers most girls play. The summer term we have had several pupils compete at the Town v Country school’s athletics and on a higher-level Neve won at the northern County Championships in Triple Jump. However, there was still one major event to follow.

Fyling Hall’s Sports Day took place on Thursday 30th June, and it did not disappoint! The two houses of Red and Blue competed against each for one last time this academic year. Reds were looking to bounce back from defeat in the House cross country event held earlier this year and last year’s sports Day loss to Blues, their first for 15 years! Several pupils had their sights set not on only winning their events but also breaking some records in the process.

Before that, a little should be said about Fyling Hall’s Sports Day and what sets it apart. It’s not about first place or the best athletes, but the focus is very much on the team. Each pupil takes part in every event, and their times, or distances are converted into points. This ensures that the best team wins, everybody takes part, everybody counts! In the pre-events of High Jump both the boy’s year 10 and girls’ year 9 high jump records had been equalled. It was in the 800 metres where records were possibly set to tumble, in the year 8 boys race Theo ran a winning time of 2.39, just 6 seconds from the record set in 1984! Oscar ran a quick 800 metres in year 10 in 2.23. Again, going close to the record. Not yet boys but try again next year!

Onto the results, although the relays were a close-run affair the end total was rather surprising. Reds scored 3600 but the Blues ran away with the result surpassing 4300 points! Well done to all pupils who took part and made this such a special event!