The Start of Christmas A Boarder’s Perspective 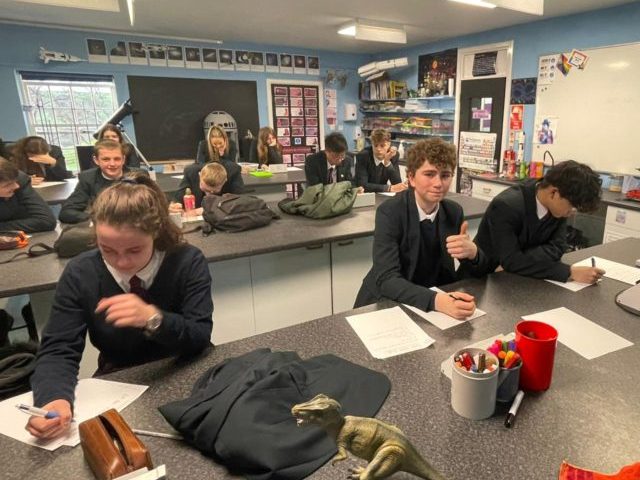 Don’t waste you time with New Years Resolutions – they’re nothing more than a New Years Confession! (I must get healthier, I must do better etc). They’re something you think about and then do absolutely nothing about. No wonder they don’t work…

What we need is GOALS. A goal is a workable plan to achieve a certain target (you’ve got to define a target if you’ve any hope at all of hitting it. No-one can hit a target they can’t see. If you fail to plan – you plan to fail and if you don’t know where you’re going, you’re going nowhere (and any road will get you there…). Setting a a TARGET is a start – but it’s just something to aim for. A GOAL is a clearly defined outcome with a plan to achieve it.

So this is how we began 2023 in our Tutor Groups. To help define what we were aiming at we showed a variety of age appropriate video clips. For Year 7, seeing these younger children was useful.

This video on S.M.A.R.T. goals showed how we need to be specific with short term goals to have a detailed plan. Years 11 and 13 watched this TED talk on setting revision goals.

I wanted to present a success story to the students that came from someone not too far ahead of them, someone from their generation, to talk about their success, rather than another expert on personal development. I chose this video of a TED talk by Keiana Cavé.

When we celebrate and show such success stories, it’s often about someone who has made a lot of money or has become successful some celebrated field of the arts. This example was useful as it’s someone who had used their education in a specific academic field to achieve success by thinking big. Keiana is a second year student at the University of Michigan in the UIS. She is already listed as a member of Forbes 30 Under 30 and has made advances in the field of chemistry as a researcher and entrepreneur. When she was 15, Keiana began researching a BP oil spill and invented a carcinogen-fighting molecule and started her own company to make it. She is also a brand representative in various fashion and modelling companies and she hopes to use her influence in both science and fashion to blend the two together to promote female empowerment.

My aim is that her story could inspire our own students to take their own dreams seriously and dream big!

Then we began the process of setting goals ourselves which involved a few interesting psychology techniques to brainstorm ideas and turn them into initial action plans. We’ll return to the process in a couple of weeks and develop it further and I’ll let you know a few of the interesting outcomes the students achieved.

Head of Curriculum Enrichment and Communications