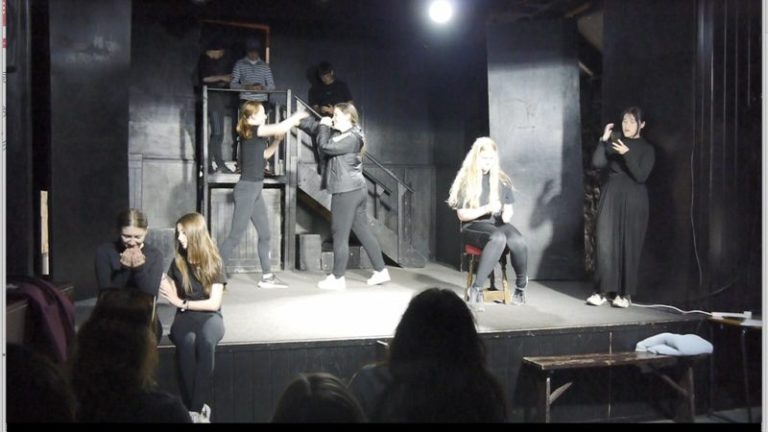 When Mrs Jeeves, Head of Drama, said that we had five weeks to sort out a play, I was a bit worried because of how short a time that was. However, we worked hard and managed to put a play together.

The play was about what it’s like to be a teenager and the struggles that come with it. It was nice to work as a group and have everyone put in their ideas. We made a group piece that had everyone in it and covered some of our main ideas about what it was like to be a teenager. Some people thought about pressures to look or act a certain way and some people wanted to do the piece about the pressures of drugs or alcohol. We performed this devised scene two times, once at the start of the piece and once at the end. We also did a performance from ‘Cloudbusting‘ by Helen Blakeman and Malorie Blackman about being in school and having a very unusual day. Mrs Jeeves gave us extracts of scripts from film and stage to work on in small groups or by ourselves. My script was with Alex about arriving in a new city and finding it really hard.

When the performance came I got really nervous but when I was on stage, it was a lovely experience and performing with all my friends was really fun. Amazing what you can do when you have five weeks to sort out a play!