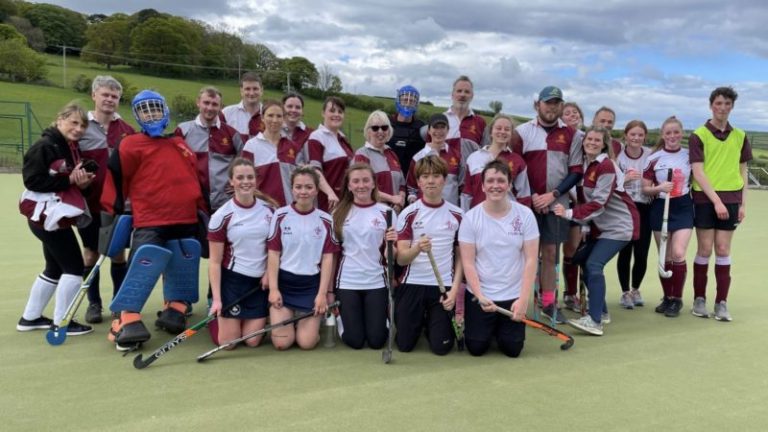 After a much awaited 3 years, the Staff vs Students hockey match was back; faster and better than ever. It’s every student’s dream to be able to play against their teachers in a fast pace, competitive atmosphere and hopefully, win.

From the first push back, the pace of the game was set and both teams new this was going to be a tough game. Within the first few minutes the staff were able to break away, have a shot on goal and Miss Vincent-Jones was able to score. However, this didn’t put the students down as they kept coming back having multiple chances to score before a short corner was given to them. Here Liv reverse hit the ball to Steph in the D before she passed to Connie who scored. This instantly brought team moral up and the staff knew they had to step up their game.

Towards the end of the second half, the staff had a second short corner which meant another chance to score. Mr Coates passed the ball to Mr Parker who then managed to dribble past the four defenders and keeper and score the staff’s second goal.

With no goals scored in the third quarter, the students knew they needed to bring their A-game and score at least one goal to not lose the game and that’s just what they did. Liv smashed a ball through to Connie who received it on the run to then have a hit and score the student’s final goal. The students knew they must keep this energy up if they wanted to draw or even win.

Things got interesting when Mr Coates, who was umpiring at the time, gave Mr Maine a green card for not being five and backchatting. The icing on the cake came when Connie hit a long ball through to Liv who picked it up and ran past the staff’s defenders before having a brilliant strike which somehow passed Dr ‘Robcop’ Richardson as goalkeeper and smashed into the far corner of the goal. The students were winning 3-2 and now just needed to keep it this way for the rest of the game.

It was safe to say that everyone who came to watch and support both the staff and students witnessed a great game. It was played in great spirit by all and it was clear that although some of the Games teachers thought they had the skill to win, the students in the end had more finesse and determination to ultimately bring home the win.