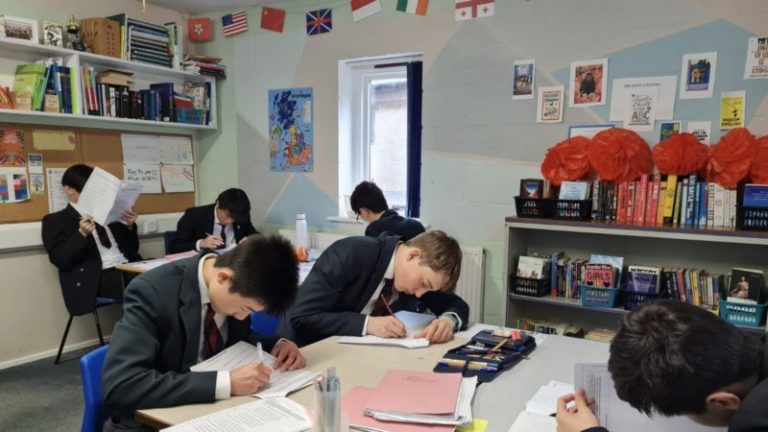 As English as a second language students improve in their studies application of language to a range of settings is increasingly important. Over the past half term, year 11 students have considered the future of technological developments and in particular the rise of Artificial intelligence. This study allowed them to revise scientific language needed for their GCSE exams as well as apply their language to written articles. The article below was written by a year 11 student who wishes to remain anonymous.

Lizzie Jeeves, Head of Drama and English as a Second Language

Should we be afraid of AI?

In the past people thought about the concept of machines, that are able to make their own decisions, learn new and develop old skills and can work without any human assistance, which would make life for humans a lot easier. In the following article, I am going to explain what AI is, why some people have concerns about AI but also what huge potential the concept of AI has.

To start, AI is the abbreviation for artificial intelligence. Artificial intelligence are human created machines that are able to learn, make decisions and work on their own without human help. But humanity has only so far invented robots which are able to do some of these skills, but we have not found a way to create a machine that can communicate like humans and feel actual emotions. The machines we have created are weak AI not strong independent AI.

As you might have thought already, there are downsides and drawbacks of inventing a fully independent machine. And we should better make sure that we are conscious of the consequences before we do. It is impossible to predict whether AI will work for us without any questioning or start to fight against humanity. And this is an aspect of which we should be aware.

However, AI has the potential to make our daily life much more convenient and save a lot of lives. For example self-driving cars are already invented, these machines could help to reduce deaths on the streets. In the manufacturing industry workers are already replaced by machines.

In my opinion, AI has a future in society. Without doubt there will be AI in our life. Some weaker AIs are already there and we got used to them. But we should double check if we really want to live in a world like this in the future.