Fish & Ships A Trip to the Past 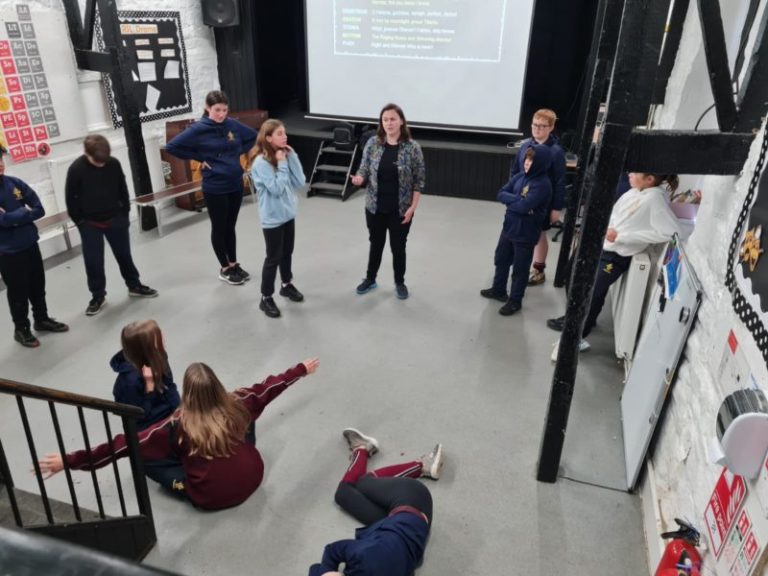 Year 7-9 drama students were lucky enough to take part in Drama workshops led by Kiera from West End in Schools, a group of professional actors working in schools. The hour-long workshops focused on the Shakespeare play ‘A Midsummer Night’s Dream’ with practical experiences of building characters, working in groups and speaking lines of Shakespearean text. One of my personal favourite moments was seeing pupils scream an argument between Oberon, King of the Fairies and his wife, Titania; the energy and gusto they gave to the conflict was excellent.

Not only was this great fun, but pupils also gained an understanding into who Shakespeare was, the theatrical conventions of the time and the outline of the incredibly complex story of ‘A Midsummer Night’s Dream’. The play is one often studied in English later in the school and can even be a GCSE text, so it was fantastic to have the time to spend on these themes now.

Dylan and Lilly in year 9 say “Shakespeare is sometimes confusing but also pretty cool! It was exciting and entertaining to take part in the workshop and we had a great time.” Thank you to Kiera for coming all the way to Fyling Hall to spend time with us and our pupils in Drama.