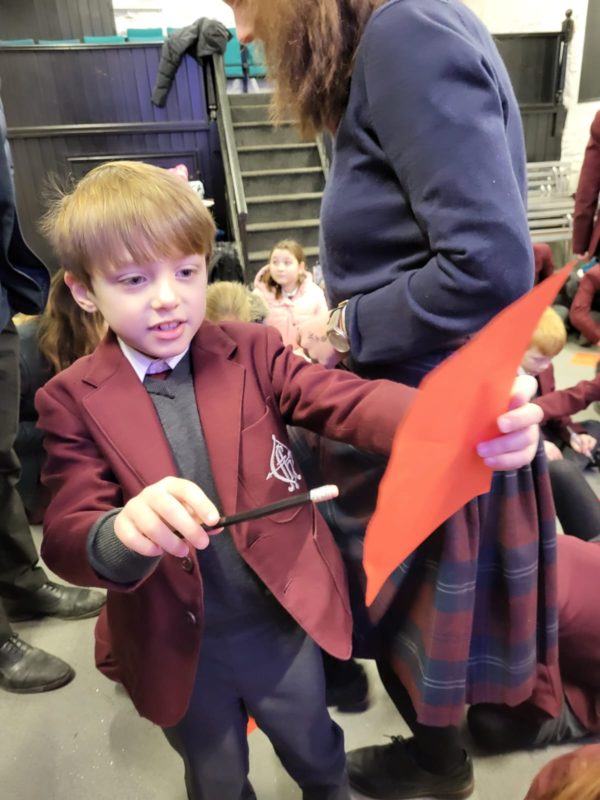 Lunar New Year is celebrated from the 22nd to 26th January this year, but at Fyling Hall it was celebrated on Monday. Myself and a few other Hong Kong students helped to organise the event and think of what we would like to do.

In our ESL (English as a Second Language) class there are people from all over the world, so we split into groups. Our Hong Kong group planned the presentation for the Junior school. The presentation is about the twelve animals of the zodiac, the story of Nian and some Chinese traditional celebrations. The rest of the class learned something about Lunar New Year and how to say the animals in Chinese.

Year of the Rabbit Presentation and Fai Chun

On Monday morning we went to the Junior School assembly and gave our presentation. After that we helped the junior school kids to draw Chinese characters and rabbits (it is the Year of the Rabbit in 2023). They all drew rabbits and surprised us at how well they did, they were really proud of themselves and showed us their drawings. The Chinese characters they drew were new year wishes and sayings which they drew really well. This is called Fai Chun and is used to decorate for the holiday.

At lunchtime we walked into the dining room to find it was decorated with the Fai Chun and lanterns and a dragon. It was so cool to see all the decorations! We were all given a red envelope at lunch, which we had helped to put together. In the envelope was fake money and a chocolate coin. At tea we ate with chopsticks and had a special Chinese meal.

The boarders finished their day happy after missing out half an hour of prep and watching a Chinese film in the Barn.

All in all, I think that the day was fun and learning about Lunar New Year was very interesting. It has been great to learn so much about another culture and its festivals. I think in this school it is important to do things like this because there are so many people from different cultures.