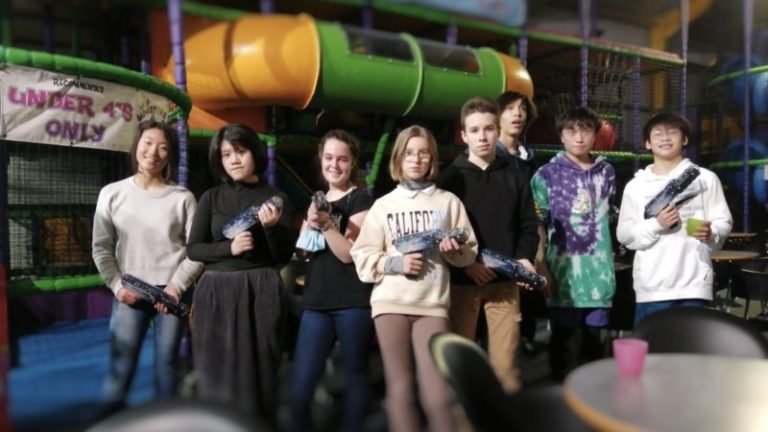 On Saturday some of our boarders prepared to do battle in the first of our weekend boarding outings. Visiting Laser Tag at Mini Monsterz in Ruswarp, boarders were put into two teams – the rules of battle were explained and off they went. After ten minutes of running around the teams were brought back to see who had been top scorer for each team.

After a couple of these games the boarders were split further into three teams. Much craziness ensued with the teams working well together to gain as many points as possible. For the final game everyone was on their own! With boarders having prepared to do battle, all had a great time. The fun was good for them too, as they had been running around for nearly an hour all told.