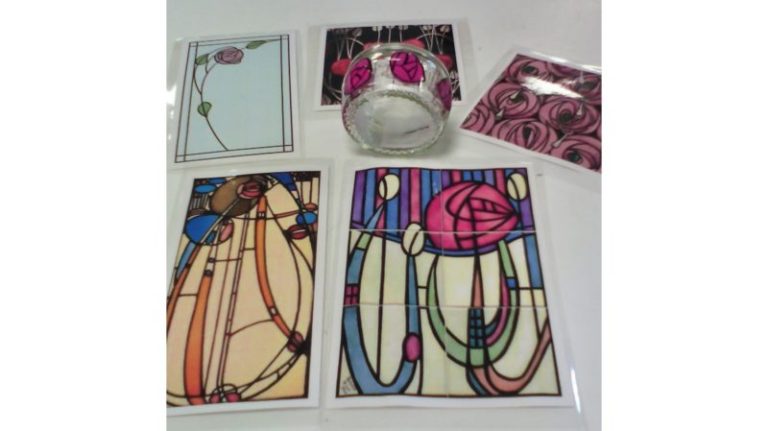 Activities week is off to a flying start with our pupils getting creative! Inspired by the work of the great architect artist and designer Charles Rennie Mackintosh, our pupils have designed their own versions of stained-glass window designs and nightlights.

As a brief class presentation informed them, Mackintosh was born in 1868 and grew up in the heavily industrialized city of Glasgow, the second city of empire. Highly talented he trained as an architect but also as a designer and artist and attended the Glasgow school of art, which was already acquiring a reputation for innovative and highly original artistic work. Alongside his highly talented wife Margaret, of whom he is reputed to have commented; ”I have talent but Margaret has genius”, he collaborated on a number of artistic projects including the celebrated tea rooms and Hill House Helensburgh. Along with James Herbert MacNair and Frances Macdonald, the artists became the most celebrated and highly original artists of their day, exhibiting at Turin, Munich and Vienna amongst other places.

Even those pupils who were at first at bit reluctant and doubted their artistic abilities, have been surprised at what they can achieve. Have a look at some of our own creative talent and see what you think!