It’s revision as usual! Improving their English with our Juniors 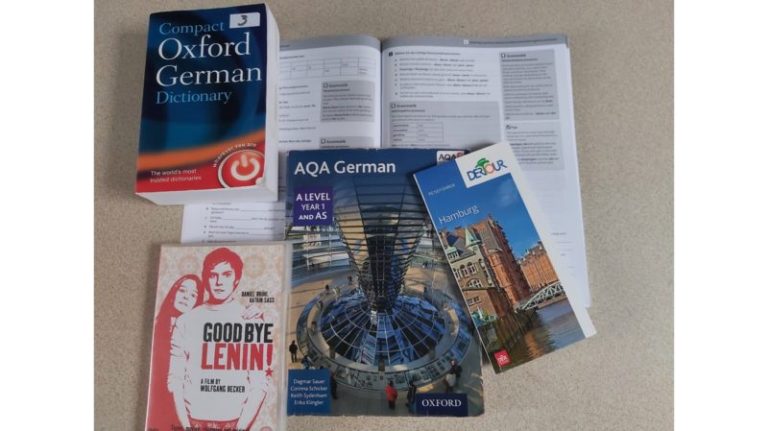 Today I would like to hold a spotlight on my two wonderful 6th Form German students: Ulyana from Russia, and Jaehyeok from South Korea. Read for yourself what they have to say about their experience of studying German at Fyling Hall:

When I came to Fyling Hall, I knew that I wanted to continue my pioneering in German culture. I have always been a fan of Rammstein (I’m going to their concert this summer) and considered studying undergraduate in Berlin, as the educational approach of the country is great. I was very happy to find out that the teacher, we have here, Mrs. Trotter, is German. I think, it had a great impact on my learning and gave me the confidence in my speaking German.

In my previous experience I have always struggled with German, as the differences in grammatical range confused me and limited vocabulary wasn’t a big help. On the side of my A-Levels I decided to do GCSE German in Year 12 and passed it successfully, achieving grade 9. Doing the exam was nervous but finally gave me a feeling of achievement after many years of studying the language passively. Currently, I am finishing my AS German which is equivalent to B1.

I am Jay in year 13 and I did German as an AS and currently do German 2 hours a week. I started to study German since year 9 and I enjoyed German ever since so I chose it for my AS level to explore further about German language as well as culture, politics and history in German-speaking countries. I also wanted to apply to German universities, so it was a good idea for me to learn the language and gain proficiency at it.

During your AS, many topics overlap with GCSEs, such as family and relationship; music, drama and entertainment; traditions and festivals and arts and architecture. However, we explore these themes in greater depth and learn to use more sophisticated structures and vocabulary. We also watch a German film and carry out in-depth analysis of the film including the historical context, characters and plotline.

I find German, like any other subjects in my A-Level, as challenging. However, being able to communicate in foreign language is an enjoyable experience. It also gives you vital life skills which would come to use in the future.

I trust you enjoyed this a spotlight on my two wonderful 6th Form German students. If you or your child are considering your A-level options, please feel free to reach out to Ulyana, Jay or myself. German really is a great option!